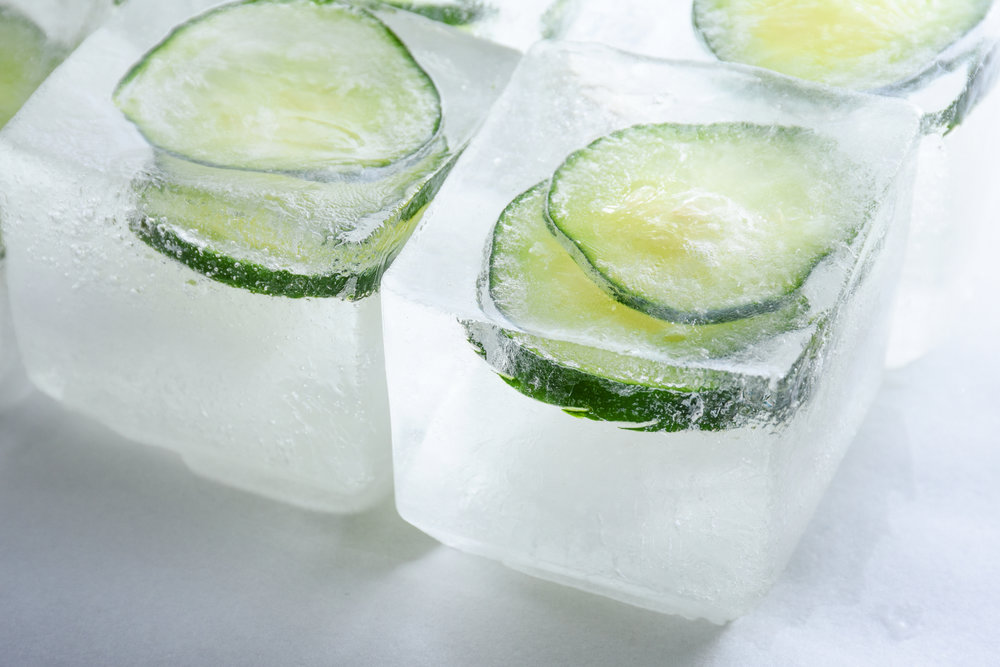 Cucumbers grow all summer long, and they’re not inclined toward the pests and problems of some of our other crops.

Let’s explore ways to preserve them other than just pickling, including how to preserve and store cucumber’s garden fresh flavors for the winter days.

The result offers delicious cucumber flavor that can stir memories of summer—even in the depth of winter.

Cucumbers are extremely popular amongst consumers who consider it to be filled with great nutrients and vitamins and super health benefits.

It’s a versatile vegetable which can be used in sandwiches, dips, salads, juice, toppings, pickles and more.

What are the different ways to preserve cucumbers?

You can preserve and store cucumbers for later use in 4 different ways.

Also known as pickles or relish. People often ask, can I can cucumbers? Yes, you can.

In order to can cucumbers, you have to add vinegar because cucumbers are a low acid food

Another way to make pickles from cucumbers is to ferment them using a brine.

Yes, you can freeze cucumbers and later enjoy them as toppings, soups, smoothies and more. We shall discuss this in detail in this post.

Can You Freeze Cucumbers?

If you have extra cucumbers this season, you don’t need to let them go to waste. You can freeze them and use them later. This is a guide about freezing cucumbers.

It’s important to preserve your organic garden bounty to be as healthy as possible, as well as to save time.

But if done with the right methods they can be equally delicious after months.

That’s where the idea of freezing the cucumbers is healthy since frozen produce is proven to have the highest nutrient value next to fresh.

How to Freeze and Store Cucumbers?

Cucumbers do not freeze well by traditional methods of blanching and storing.

But if sliced, preserved in vinegar or brine and frozen, they will retain their texture and make delicious dips and salads all year round.

Wondering how to keep the cucumbers fresh and how long will they last? Preserving cucumbers the right way can make them last for 8-10 months easily.

Check out how to freeze cucumbers long term without having to turn them all into pickles!

There are particularly 2 ways to freeze and store cucumbers.

Frozen cucumbers blended in drinks, soups, and spreads, you get the nutrition, flavor and water value, without the oddity of the taste and texture of frozen cukes eaten plain.

Now you may love the frozen slices just for munching. Some people do, and it can be a good thing for kids and teething toddlers, so don’t miss it until you try it.

Select cucumbers that are firm and have a rich, deep green color. Organic cucumbers may not look as bright and shiny, but they are healthier because they are not coated with wax.

For freezing, they are best harvested when they are 4 to 6 inches in length and 1 to 1 1/2 inches in diameter.

Wash, remove wax and peel. Remove the wax from non-organic cucumbers with detergent and a brush. Slice cucumbers thinly with a food processor or knife.

Things You Need to Freeze Cucumbers

Recipe for The Brine

Freeze in a tightly covered container making sure that the cucumbers are completely covered in the brine.

Freeze. Wait at least 1 week before defrosting and eating.

Defrost cucumbers in brine in the refrigerator. The frozen cucumbers with the brine should be frozen for at least 7-10 days before being removed from the freezer.

Place the jars and containers in the refrigerator after removing from the freezer for defrosting and thawing out.

The de-frosting process for the frozen cucumbers should be at least 24 hours.

If you have a zone in your refrigerator where the temp hovers around balmy 40ºF (like the inside door) fresh cucumbers will keep best when stored there.

Frozen cucumbers blended in drinks, soups, and spreads, you get the nutrition, flavor and water value, without the oddity of the taste and texture of frozen cukes eaten plain.

Now you may love the frozen slices just for munching. This is an ideal method if you want to store cucumbers for few days and keep them fresh.

You can also freeze cucumbers by juicing or pureeing them with a little water. Freeze the mixture in ice cube trays. Store frozen cubes in a freezer bag. Cucumber cubes make a wonderful addition to green smoothies. You can also use them to chill water or juice.

Q. Can you eat frozen cucumbers?

A. Yes. You can use frozen cucumbers in cucumber soup or smoothies.

A. You can also freeze cucumbers by juicing or pureeing them with a little water. Freeze the mixture in ice cube trays.  Cucumber cubes make a wonderful addition to green smoothies.
Q. Can you freeze cucumbers, without blanching?
A. Yes, you can. The above method 1 explains the step-by-step process to freeze it.
Q. Can I freeze fresh cucumber juice?
A. Juice needs to be stored quickly to stay fresh and reduce oxidation.
Pour into small glass jars for storing in the refrigerator, leaving only enough room at the top of the jar for the lid.
This ensures there is limited oxygen in the jar and preserve your juice fresh longer.

Can You Freeze Cucumbers and Use it Later?